Uncle Buck is one of the few movies I own, and has the best 80's fashion of any of John Hughes' movies (in my humble opinion). After having declared he'd never seen it (!!!), my good buddy Brandon and I spent a nite in with John Candy and company.

He came to two conclusions. 1. That his entire outlook on childrearing had changed, and 2. WE HAD TO MAKE THOSE PANCAKES.

And so we drove off to the restaurant supply store near Jack London Square to look for equipment. The take? A 25" pizza pan and 12" pizza peel for a spatula. Our batter recipe came courtesy of Isa Chandra Moskovitz' Vegan With A Vengance. Based upon her recipe's stated yield, I calculated that we were going to make the equivalent of SIXTY PANCAKES. We were going to have to recruit a very hungry group of friends.

However, Uncle Buck's movie magic was not on our side. All attempts at flipping pancakes the size of our makeshift griddle fell apart. We did pull off some respectably sized 13-15" beauties, though.

Attempt number two is already in the planning stages. We're trading in the pizza peel for a snow shovel. Your bum uncle would be proud. 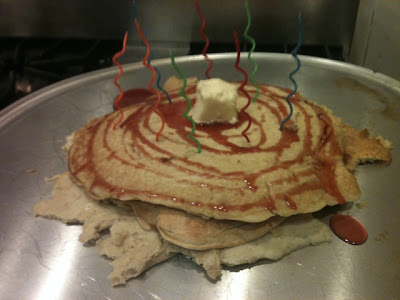 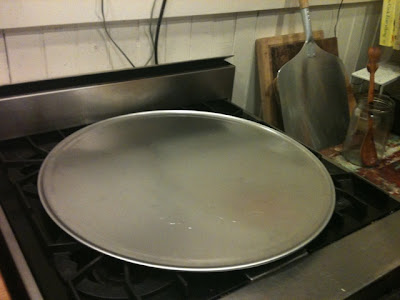 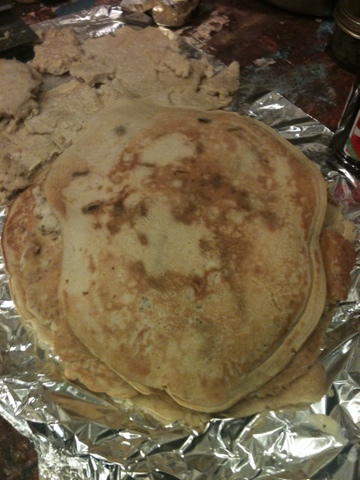 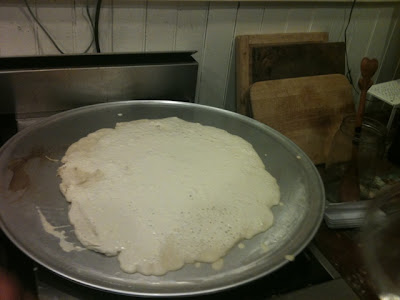 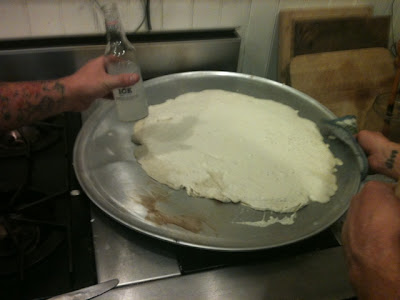 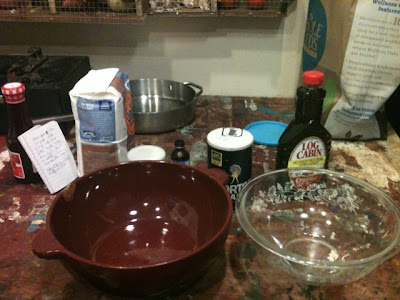 note: this is an old post from a previous blog that i’m decommissioning.  It fits in nicely over here at Obsessed with Waffles, if you ask me!
Posted by Miss Erin Marie Lares at 11:35 AM